How to install EDM Agent App. 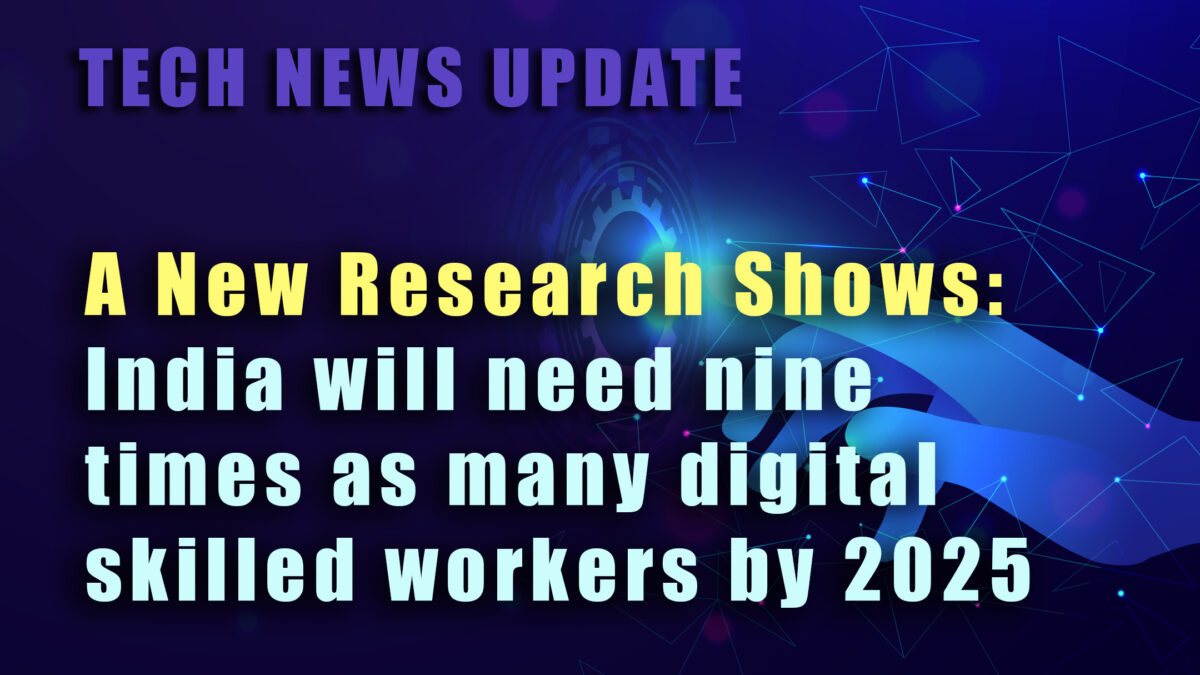 India will need nine times as many digital skilled workers by 2025: As per the report, 76% of the digital workers in India today expect cloud computing will be a required competency for digital workers to perform their jobs proficiently by 2025.

The demand for digital skills is rising and it is expected to increase by manifolds in the coming years. Now, a new report commissioned by Amazon Web Services (AWS) highlights just how rapidly this demand is evolving how our existing workforce is responding to these challenges.

AWS published the findings of a research titled ‘Unlocking APAC’s Digital Potential: Changing Digital Skill Needs and Policy Approaches’. The research analyses the digital skills applied by workers in their jobs today and projects the digital skills required by workforces over the next five years in the APAC (Asia Pacific) region, which includes India, Australia, Indonesia, Japan, Singapore, and South Korea.

The report also revealed that by 2025, the average worker in the six APAC countries will need to gain seven new digital skills to keep pace with technological change, and the number of workers requiring such skills will grow over five-fold. For this to happen, the six APAC countries will need an estimated 5.7 billion digital skill training over the next five years. In addition to this, the report says that almost 60 percent of non-digitally skilled and disenfranchised workers in the six APAC economies today will likely require basic digital skill training in all competence areas by 2025.

As far as India is concerned, AWS’ report revealed that digitally skilled workers currently represent 12% of India’s workforce. The research estimates that the number of workers in India requiring digital skills will need to increase nine times by 2025, and the average worker in India will need to develop seven new digital skills by 2025 to keep pace with technology advancements and demand. This amounts to a total of 3.9 billion digital skill training from 2020 to 2025.

As per the report, 76% of the digital workers in India today expect cloud computing will be a required competency for digital workers to perform their jobs proficiently by 2025. Cloud architecture design, software operations support, website/game/software development, large-scale data modelling, and cybersecurity skills are the top five in-demand digital skills in India.

In addition to this, AWS said that it provides a range of free training opportunities, including more than 500 free courses, interactive labs, and virtual day-long training sessions that are accessible through AWS Training and Certification. It also offers students free, self-paced, online learning content for cloud career pathways related to in-demand jobs such as cloud engineer, cybersecurity specialist, machine learning scientist, and data scientist.

“The research highlights the demand for more digital workers even in the non-technology sectors such as manufacturing and education,” Rahul Sharma, President, Public Sector – AISPL, AWS India and South Asia, said on the occasion.

How To Check Facts